Where it All Began & Where We Are Going

I started my first business under my bunk bed selling Bubblicious Gum to the neighborhood kids. I did!! Once I realized I could buy 5 packs of the same gum for $1.59 instead of 1 packet for .59 cents, I was like, ‘Girl, we gotta boss up!’ I picked up a couple chores from my family members and stashed some cash away to purchase my inventory.

When my Mom found my safe box with a pile of dollar bills, ordered and stacked along with enough gum to blow a bubble to outer space and back, she had questions.

I promptly told her it was, ‘My business!’

To which she said, ‘No! Your business IS MY BUSINESS!’ and in gleeful ignorance I  replied:

‘Yes! It is my business and it’s so fun!’ As I pulled out the raffle tickets I was planning to sell at the annual block party to pawn off my kid sister’s bike she didn’t like and that was too big for me. Naturally.

You may be thinking, ‘Wow, such a stellar free market capitalist!’

Little 6 year old Rose started to scale her neighborhood chewing gum racket and by the next summer, we had established our operational headquarters in my grandma’s backyard hedgery.

As swiftly as I could, I  got my work permit at age 14 and following a handful of odd jobs at pizza joints, cafes and a few moonlighting occasions as gal Friday, I quickly leaned into one of my inherent skills: being market savvy & community oriented.

I learned quickly that doing business is relationship building!

And a lemonade stand always brightens up the neighborhood, even if it is a sales funnel to my larger network of My Little Ponies and last season’s Barbies from my sister’s discarded toy chest. 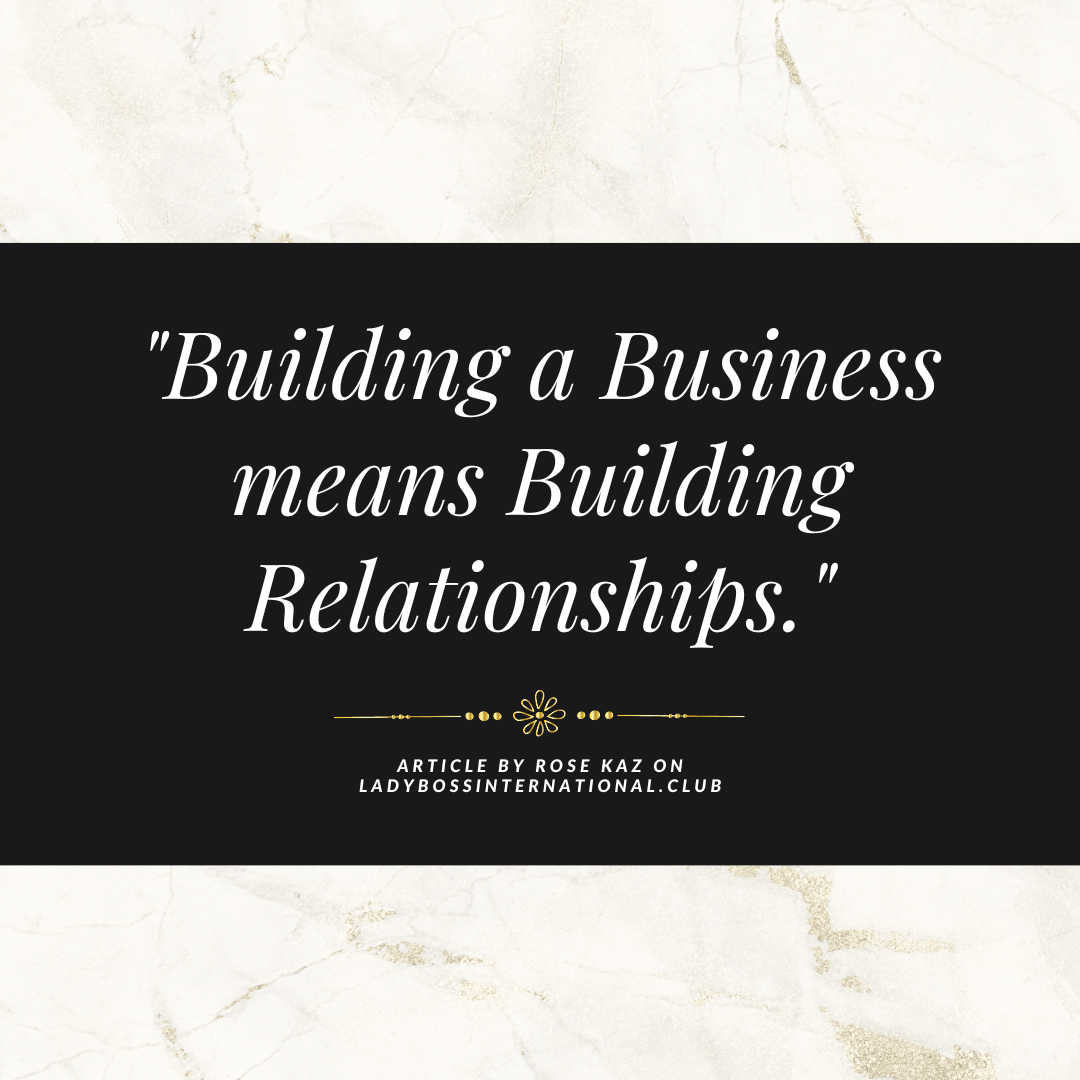 And a handful of decades later, I proudly call myself a serial boat burner, a conceptual visionary and a social entrepreneur.  The responsibility of upgrading social systems that have long been outgrown falls into the laps of innovators in all fields, not just business.

And it’s my hypothesis that given the chance, women in roles of leadership in all industries can activate innovation at lightning speed.

And before I jump into my current trajectory for inspiration as we launch another LBI channel this October 2022 supporting my creative concept du jur, I need to give credit where credit is due.

You see, I am a matriarchal baby. I am the daughter of a single mother who made her way through fashion design school in the 1990’s with two small children. She is the daughter of a woman who gladly wore shoulder pads to hustle up the corporate ladder in the 1980’s, thanks, Reaganomics!!

And all of us existed only because of her mother, a German immigrant to the US, a mother to 2 sets of children, 4 of whom perished in the Spanish Flu and 4 of whom she brought into life in the New World shortly after she immigrated, as a window.

I am the result of their labors, triumphs and human struggles.

A scrappy, gregariously fabulous friend raiser, I naturally rally groups to unite around collective missions. And into my more recent years of entrepreneurialism,  I’ve been integrating both the bootstrapping nature of invention and the luxurious possibilities of big visions that can and will change the world.

When I had the opportunity to pause my women owned & operated production company during covid and adjust course, it seemed like a ‘now or never window’ to lean into better ways of doing business by looking closely at my inherent skills once again & asking other women forward  leaders I respect for their insights & wisdoms.

In 2017, I began polling the audience of women I’d built community with in conversations around money, sex & politics with  thought leaders, industry disruptors and business activitsts.

During covid closures, I took these conversations online and now we are a year into the build of our own LBI network and supporting app, The LBI Backstage Pass.

The LBI Backstage Pass is a digital platform that provides business and social connections through event programming & content networking in our Ladyboss Lounges, accessed globally on our app and locally in pop up events as we connect social media into the organizing and mobilizing lanes of unity for an equal world.

We generate access to additional civic resources in our Ladyboss Library , host conversations around money, sex & politics in a curated  & inspired way where thought leaders, industry disruptors and business activists unite to support, elevate & collaborate through our e commerce lane, The LBI Mall.

This digital access point is part of a larger network build to support systematic upgrades towards equality  led by women forward leaders. LBI houses a new way to do social media and thereby, business through our app, podcast and into a multi channel ecosystem.

We’ve been talking about women in roles of leadership for a long time and that can be its own inspiration ! Though sometimes it can feel that the progress we make gets pulled back in time when political power shifts hands and womens’ experiences aren’t as valued as mens’.

In the last few years, such movements as the Great Resignation,  #BLM and #metoo, make the stage perfectly set for systemic change, upgrades of how we have access to and redistribute power.

So then, how can we, all with our own origin stories of specific human experience that form our empathy, our capacity to care and our ability to adapt, be inspired to connect beyond the current conditions in which we find ourselves??

What about this for a cup of visionary inspiration: Can we bring all the women thought leaders, industry disruptors and business activists  together, into one digital space where we can unite around a collective mission to collaborate, elevate and inspire with each other and use social media as a generative tool instead of the extractive machine it currently is??

Can this online HUB serve as a collective pool of inspiration for those who have historically been left out of both leadership roles and help us to effectively use our voice to advocate for  access to many of the resources we need to gain progress on our own dreams and super powers?

If we can do that, can we then also begin to mobilize and organize the many eager for this groundswell of women forward leadership to cross connect our networks for greater strides towards equality of opportunity for all genders??

MY INSPIRED ANSWER IS A HOWLING HELL YES WE CAN!

I’m eager to know your answers and would love to read the comments below!!

And if you are so inspired to comment within the community of Bosses here leading the way and connecting Backstage, click here to come Backstage!!

All the Inspiration You Need and More! Inclusivity in Business: Creating Spaces for All to Be Heard & Seen